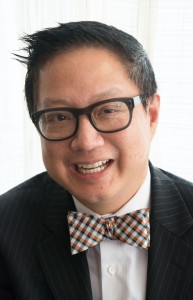 He also will serve as liaison with the operator of the hotel’s three-meal-a-day restaurant, Brookville Restaurant & Bar.

Chang earned a bachelor’s degree in business administration at California State University, Long Beach. He holds certification in training from the Educational Institute of the American Hotel & Lodging Association and in fire safety fitness from the New York City Fire Department. He is fluent in English and Cantonese.

The Holiday Inn New York JFK Airport Area at 154-71 Brookville Blvd. conforms to the latest design and amenity standards of the Holiday Inn brand, franchised by InterContinental Hotels Group. The hotel features a flexible meeting and event space that can host groups of up to 70, a fitness center, grab-and-go lobby market, guest laundry, complimentary Wi-Fi throughout the building, complimentary shuttle service to the airport and complimentary daily newspaper.

Guest rooms – a mix of king and double-double rooms – are designed in a style that is both contemporary and comfortable. Guest Link centers in each room provide access to the Internet, a port for connecting personal computers to the television and outlets for charging computers, phones and tablet devices.

The building has been engineered to minimize energy use through the use of low-wattage lighting and high-efficiency heating, cooling and ventilation units in each room.

M&R Hotel Management, based in Great Neck, also operates two other hotels in Queens, four hotels in Manhattan, three in Staten Island, a hotel in the Boston suburb of Braintree, Massachusetts, and a hotel on the Caribbean island of Dominica.

M&R’s business plan calls for the expansion of its portfolio in the New York metropolitan area and beyond through third-party management contracts.