Traditionally, hotel managers divided guests into two buckets: business and leisure. Each had its own broad characteristics. While business travelers tended to be in house on the busiest midweek nights, Tuesday and Wednesday, they had shorter lengths of stay. Longer lengths of stay, including weekends, were more typical of leisure travelers.

While many business guests had discounted rates negotiated as part of a corporate managed travel program, they still tended to pay a higher ADR than the even-more heavily discounted rates paid by their leisure counterparts.

Operationally, these two types of travelers tended to have different profiles. Self-sufficient business travelers were likely to leave early in the morning and be gone all day, vacating their rooms and enabling the housekeeping staff to clean early in the day. Leisure travelers, on the other hand, were more likely to come and go and, often be in the room when housekeeping came knocking, making cleaning more complicated. On another level, leisure guests are less likely to be as knowledgeable about the location, thereby requiring more support from the front desk, guest services manager and/or concierge.

But the lines have blurred significantly in recent years. The latest evidence: this year’s Gensler Experience Index, compiled by the Gensler design firm, reported that 69 percent of business travelers polled said they pursued leisure-related activities during their business stay, while 20 percent of leisure travelers reported conducting business during their stays.

The Gensler survey isn’t too surprising, considering that so many business travelers, chronically stressed by work deadlines and commitments, would try to find time for some R&R on business trips. It’s also no surprise that many leisure travelers, unable to leave their offices fully behind, would take time every day to at least check their office email to keep on top of what’s going on.

For hotel managers, the message has become clear: avoid easy labels and stereotypes. View each guest as his or her own person and be prepared to provide whatever services and support needed (likely a mix) to ensure a successful stay.

On nights when occupancy is high and regular guest rooms are not available, a hotel front desk associate will assign a guest to an ADA-compliant room, a special room type designed to meet requirements of the federal Americans with Disabilities Act.

Some of these guests will comment on TripAdvisor or other review sites, expressing discomfort at having to spend the night in such a room. Certainly, such awkwardness is understandable, if only to a degree. Given that the open, extra-large shower, designed for wheelchair access, and the higher-than-usual toilet, again designed to accommodate a person in a wheelchair, are unfamiliar.

But our responsibility as hotel managers is to provide comfortable, clean and safe accommodations to all our guests, including those with mobility issues. Indeed, inclusivity is—and should always be—one of our top priorities as hoteliers. Disabled guests and their families also have needs and expectations. They will turn to TripAdvisor and related sites if their ADA accommodations fall short.

Wheelchair-bound guests, meanwhile, are hardly the only ADA population. Some ADA rooms provide features to accommodate both hearing- and vision-impaired travelers.

That said, when checking a guest into an ADA-compliant room, our front desk staff is trained to explain why that room type is being assigned and describe the ADA room’s distinctive features. Our staff is trained to reassure guests they’ll be perfectly comfortable and able to enjoy the hotel’s roster of amenities. The strategy is simple enough: a little foreknowledge goes a long way. 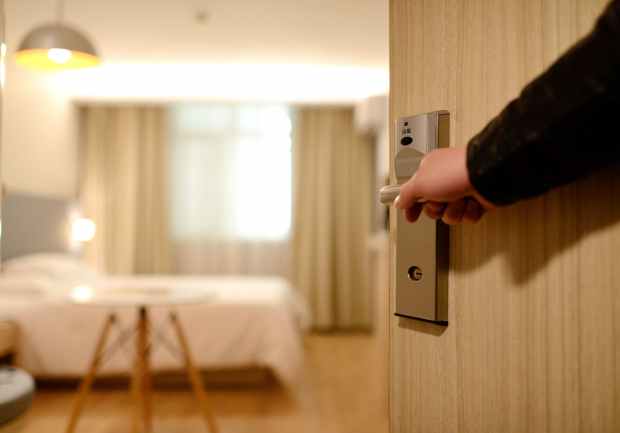 Early this year, the American Hotel & Lodging Association clarified its position on a suddenly controversial subject: the right of hotels to enter an occupied guest room when a “Do Not Disturb” sign remains on the door for an extended period, usually 24 hours or more.

AH&LA believes hotels not only have a right to enter such rooms, but they have an obligation. While all guests make the valid assumptions that they will be afforded privacy during their stays, AH&LA argues hotels need to address building security and the safety of all guests.

Hotels that changed “Do Not Disturb” policies say there’s no connection, but the moves come largely in the aftermath of last October’s mass shooting in Las Vegas. The gunman in that case was able to hoard a large cache of weapons in his room at the Mandalay Bay Resort undetected by housekeepers, who respected the “Do Not Disturb” sign hanging on his door.

While the argument for entering an occupied room is compelling, guests still should expect that their privacy will be respected and they’ll be left undisturbed. M&R Hotel Management has five airport hotels in its portfolio, for example, and airline crews and travelers whose flights have been delayed or canceled are often among the guests. It’s not unusual for these guests, especially those coming off an arduous long-haul flight, to sleep during the day. So they’ll often hang out the “Do Not Disturb” sign and go to bed.

It’s just one instance of how a sign might be hung on a door for a long period and be totally innocent. Furthermore, it’s an example of how a guest might be understandably annoyed at being disturbed for no credible reason.

These decisions must be made on a case-by-case basis. No one policy covers all situations. To the degree possible, hoteliers should consider all circumstances. The “do not disturb” sign notwithstanding, these questions should be answered before entering: Did the guest seem physically well at check-in, and when was the room last cleaned?

Occupied rooms should be entered only as a last resort. Before that decision is made, the manager should try calling the room to check on the guest. After that, it comes down to intuition and instinct. Managers must make their decision – however difficult – then proceed. 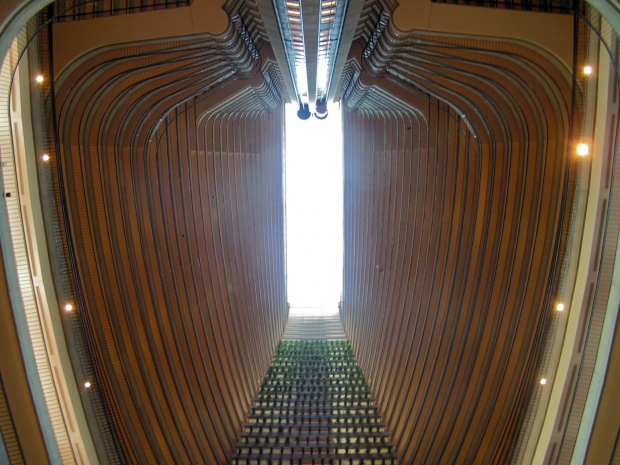 When John Portman, the architect and developer, died at the end of last year, it was in many ways the end of an era of flamboyance in urban hotel design. Starting in the 1960s and through the 1970s and into the 1980s, Portman’s “big box” properties in Atlanta, New York, Los Angeles and other cities were famous for their soaring atriums, cantilevered balconies, glass elevators, sweeping interiors and, last but hardly least, their revolving rooftop restaurants that offered stunning 360-degree views along with dinner.

In many cases, Portman hotels were located in areas of cities that had fallen into disrepair, were deserted at night and no longer safe. Hotels like the 1,949-room Marriott Marquis in New York’s rundown Times Square had a transformative effect, helping to gentrify an entire neighborhood. Today, more than 30 years later, smaller, more modest hotels thrive in such surrounding submarkets now known as Times Square South, West Chelsea and Hell’s Kitchen/Clinton thanks, in part, to the success of Portman’s Marriott Marquis.

Styles fall out of fashion over time, of course, and today no one is building hotels like Portman did, with their soaring atriums and revolving restaurants. At the end of the day, they’re just not practical, considering their extravagant use of space and exorbitant consumption of energy.

What hotel owners, developers and managers shouldn’t lose sight of, however, is that sense of anticipation and wonder that guests feel the first time they step into a Portman hotel. In some form or other, no matter how modest, hotels that can create such a sense of excitement are well on their way to succeeding.

While guests staying at business hotels typically spend no more three or four nights per stay, guests who choose extended-stay hotels may spend weeks or even months. In ways both large and small, hosting long-term guests calls for a different approach to service.

After years of experience operating business hotels, M&R Hotel Management this year will assume management of our first extended-stay hotel, the 113-room TownePlace Suites by Marriott at 324 W. 44th St. in New York. Getting this new relationship right is a top priority.

On the simplest level, extended-stay hotels strive to be more residential in feel. Design of the guest room as well as the public spaces tends to be more home-like. Guest rooms come with kitchens, allowing guests to prepare their own meals, although complimentary breakfast typically is provided. Consequently, many brands offer grocery shopping services. Similarly, they offer off-site dry-cleaning service and on-site laundry facilities.

But at a deeper and ultimately more critical level is the social aspect. Recognizing that being away from home for an extended period can be an isolating experience, extended-stay hotels may sponsor evening socials, movie nights or seasonal or holiday-related parties, where guests get the opportunity to mingle and “meet their neighbors.”

The staff of an extended-stay hotel typically become familiar with long-term guests, unlike those who arrive at night and leaves early the next day. Regardless of the type of hotel, hospitality is at the core of the business: Our job is the same, to put the guests first.